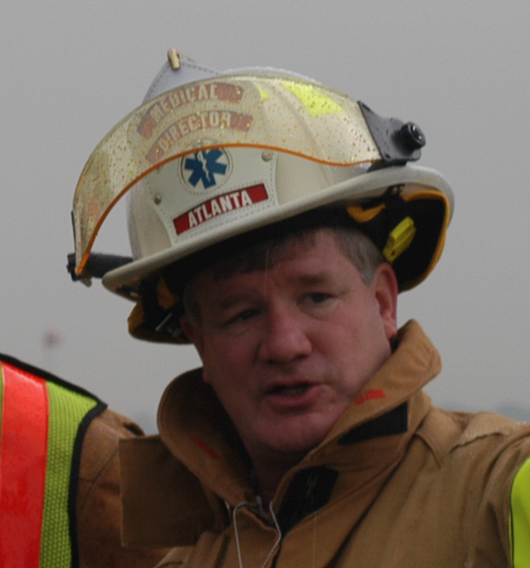 James J Augustine is a Clinical Professor in the Department of Emergency Medicine at Wright State University in Dayton, Ohio, and a member of the Board of Directors of the American College of Emergency Physicians. Jim began his career in EMS when he was in medical school in Dayton. He became a firefighter and EMT in 1982 then began his service as a Fire EMS medical director in the Dayton area in 1987. After serving as the president of the regional Fire EMS council, he became the first Chair of the Ohio EMS Board. He moved to Atlanta in 2001, and served as Medical Director for Atlanta Fire Rescue, including the Hartsfield Jackson Atlanta International Airport Fire Rescue division. He later served as Assistant Fire Chief and Medical Director for the District of Columbia Fire EMS Department. Dr. Augustine currently serves a Medical Director role with Fire Rescue agencies in Atlanta, Georgia, in Naples, Florida, and in Dayton, Ohio.