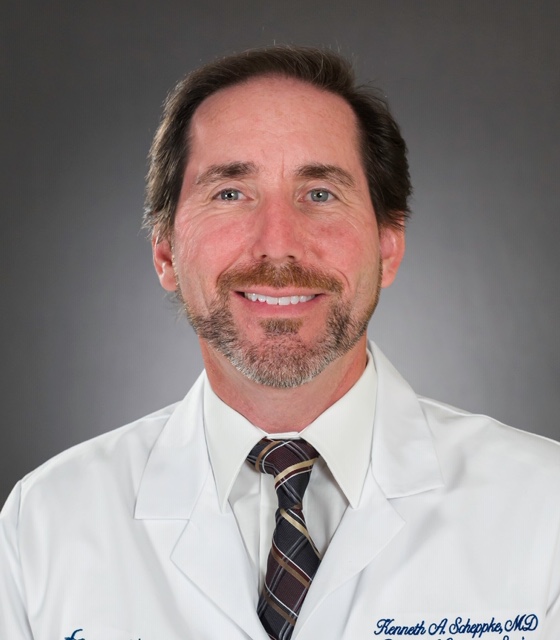 Kenneth A Scheppke, MD is a dual board-certified specialist in the fields of emergency medicine and the subspecialty of EMS. He serves as the State EMS Medical Director for the Florida Department of Health as well as Chief Medical Officer and Medical Director for seven fire-rescue agencies across Palm Beach and Martin Counties. He also serves as the Associate Medical Director for the Broward Sheriff’s Office and additionally as Medical Director for one of the largest multistate public access to defibrillation programs in the country. Dr. Scheppke is a respected member of the Metropolitan EMS Medical Directors Coalition comprised of the jurisdictional EMS medical directors for the 50 or so largest cities in the United States, several federal agencies and leading medical director counterpart cities across the globe. Academically, Dr. Scheppke is a productive scientific investigator and educator in the fields of stroke care, cardiac arrest, prehospital use of ketamine, spinal motion restriction and successful approaches to address the opioid epidemic. Over the past several years, he has presented numerous scientific research papers at major medical conferences, both nationally and globally, and his work is routinely cited by others worldwide. Accordingly, he is continually solicited to be a featured speaker at many national conferences, and he has won nationwide recognition for his contributions to EMS such as the 2017 EMS Innovator of the Year award from the Journal of Emergency Medical Services. In addition to his medical expertise, Dr. Scheppke is an instrument-rated private pilot and volunteers his skills as a pilot to fly animals at risk for euthanasia to safe foster homes and non-kill shelters to await adoption. He also volunteers to fly in times of natural disasters, such as hurricanes Irma, Michael and Dorian, delivering necessary relief supplies when ground transportation is not available.